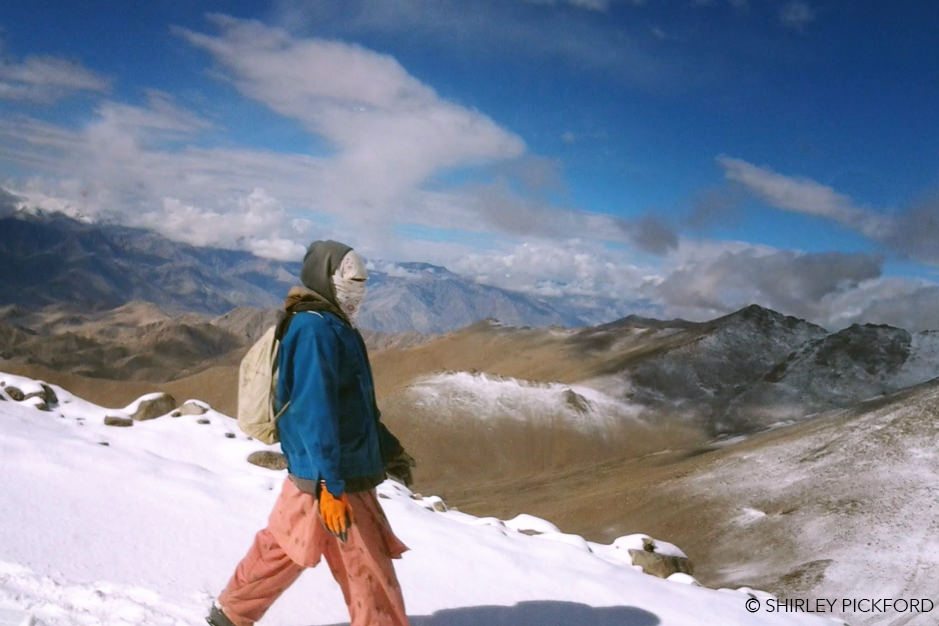 Shirley Pickford is one of Photographic Journeys regular clients and travellers.

In this 2 part personal account she tells us in her own words about her Journey to Ladakh and what is important for her as a solo traveller.

Ladakh: The Land of High Passes

As a single woman, I’ve travelled extensively both solo and in groups and always with a camera, although once without actually loading film (a one-way trip in Papua New Guinea) and once without sufficient battery charge (a unique invitation from a tribal chief in Nigeria).

Experiences have always been more important to me than photographs, but getting the right pictures is a genuine pleasure. 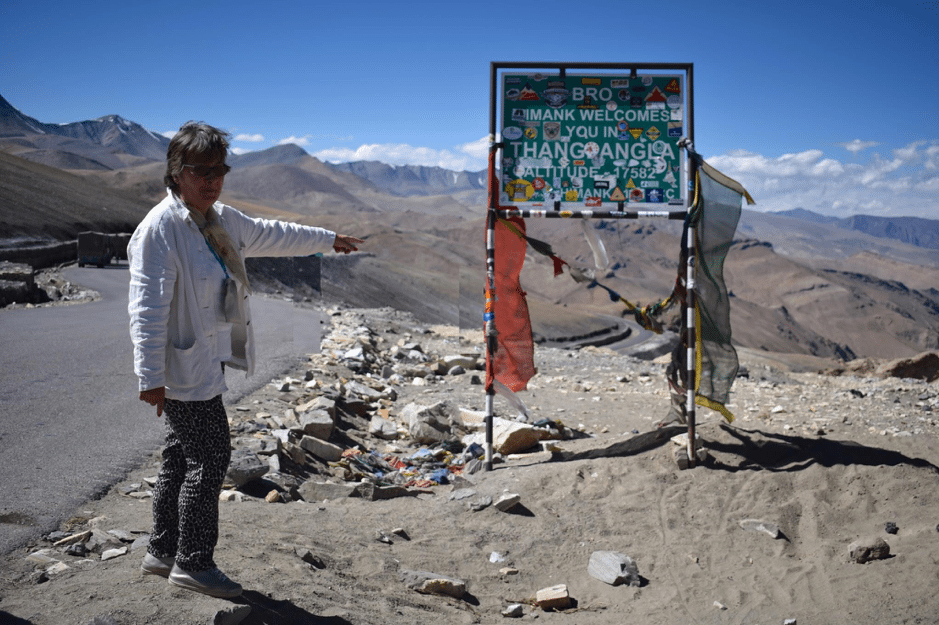 My first visit to India was full of surprises. I had booked a trip based on a houseboat in Srinagar, but as the day of departure approached there was news of trouble on the streets and advice that it could be dangerous to visit, so there was a swift change of itinerary handled very quickly by Photographic Journeys and I found myself heading for Ladakh, the land of high passes.

I’d been considering India for years, but as a solo woman traveller I was cautious.

When curiosity overcame my caution, I booked a small group photography tour because I had travelled with Hamish before and knew the journey would be interesting and illuminating.

When new arrangements were made efficiently, I was impressed.

Group travel has advantages for singles, especially in a strange new country or where cultural issues can be a barrier.

There are opportunities to visit amazing places and people while leaving the work of organising translators, tickets, travel and accommodation to the group leader.

Trips to China, Ladakh and Myanmar would have been difficult to organise independently, and I would probably have avoided some of the visits that turned out to be memorable such as the jade market in Chengde and the auto repair works in Ladakh.

I had a new Nikon, my first digital SLR, and so far had only used the auto setting.

It had been many years since I last used an SLR as I had been amazed when digital cameras became available, so I packed my Galaxy Tablet for snapshots that I could post to social media.

Although I have travelled extensively with a camera, this was my first photography tour.  When I met the rest of the group in Delhi I was a little awed by their equipment but confident that I’d be taking home better pictures than I had before.

We flew from Delhi to Leh and took a few days to acclimatise, had our first call for a doctor to treat altitude sickness and were well looked after at the Spic ‘n’ Span hotel, sited perfectly a few hundred meters from the main hub and buzz of central Leh. Cool rooms, attentive staff and amazing masala tea.

Arriving at sunrise, we heard the deep boom of the Thikse Monastery horns as we waited in the precinct.

Monks and visitors made their way to the main prayer hall, where I joined the crowd for the rituals then continued up to the roof, leaving the crowds behind.

The great horns resting on a low wall had announced the start of the day to the valley below and I’d like to think they had reached the snow-capped mountains beyond.

Perhaps it would have been good to take a picture with people in it to give an idea of the size, but the monks were busy elsewhere so I enjoyed the peaceful magnificence of the rooftop.

From the top of Thikse Monastery there is an astonishing view of the Indus Valley, the agricultural oasis around the village and the dry brown natural land demarcated by the road.

Already at an altitude of 3600 metres, the purple mountains loomed over the valley.

This was a time to experiment with my cameras and hope they might capture a little of the amazing experience.

I took pictures with the Nikon and the Galaxy Tablet and shots from both surprised me, particularly the Galaxy which I mainly used for sending fun shots home via social media when wifi was available.

The panorama was created by Google Photos from the Galaxy shots, which boosted my confidence in using whichever camera was most convenient for the next trip with Photographic Journeys to Myanmar.

I flew (Business Class) Etihad to Delhi via Abu Dhabi.  Internal flights were arranged perfectly through GoAir by Hamish at Photographic Journeys.

READ about ladakh
Did you find apk for android? You can find new Free Android Games and apps.
Share